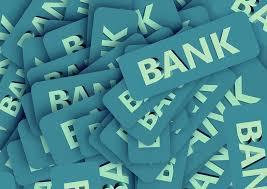 State banks were more vulnerable than private banks coming into the crisis, with weaker loss-absorption buffers, and appear to be shouldering a disproportionate share of the burden in bailing out affected sectors.

This rises to about $58 billion in a high-stress situation where the domestic economy fails to recover from the coronavirus pandemic-related disruption. State banks will require the bulk of the recapitalisation, as the risk of capital erosion at state banks is significantly higher than for their privately owned peers.

“We expect the majority of the injection to come through in FY22, as bad loan recognition has been pushed back by a 180-day regulatory moratorium. However, a clearer picture should start to emerge from December 2020, unless the central bank agrees to a one-time loan restructuring, which would affect the timely recognition and resolution of bad loans,” Fitch Ratings said.

It added, “We do not believe the reported performance of Indian banks for the financial year ending March 2020 (FY20) adequately reflects the incipient stress caused by the pandemic.”

The results are broadly in line with Fitch’s expectations, but bank balance sheets are yet to feel the impact of India’s strict lockdown measures that were implemented by the government from March 25, 2020. Moreover, a meaningful short-term recovery looks unlikely, as the acceleration of new COVID-19 cases threatens the gradual reopening of the economy.

The impaired loan ratios of Indian banks trended down in FY20, in line with the credit rating agency’s expectations (FY20e: 8.5%; FY19: 9.3%), driven by fewer fresh impaired loans and continued write-offs (FY20: 2% of loans). Several state banks also returned to profitability due to easing credit costs, but the banking sector’s return on assets was low (FY20e: 0.22%).

Core capitalisation improved by about 90bp (FY20e:11.3%), mainly due to a $9 billion government equity injection into state banks coupled with lower growth; this implies high risk aversion among banks, particularly those that are state owned. State banks’ core capitalisation was about 350bp weaker than that of private banks, despite the fresh equity, leaving their limited capital buffers susceptible to stress.

Fitch expects heightened asset quality and earning pressure for at least the next two years, as disruption to business activity and supply chains, as well as shrinking personal incomes, damage banks’ balance sheets. State banks were more vulnerable than private banks coming into the crisis, with weaker loss-absorption buffers, and appear to be shouldering a disproportionate share of the burden in bailing out affected sectors.

Fitch sees a well-functioning banking sector as supportive of achieving sustained economic growth of 6%-7%, but without timely and adequate recapitalisation, banks will continue to display heightened risk aversion, adding to India’s economic uncertainty. “We expect the economy to contract by 5% in FY21, followed by a recovery in FY22, but with considerable downside risk to our forecast,” it said.

94% of MSMEs Adopt New Technology Amid the Lockdown to...